This is a guest post written by the amazing Pace Smith, The Pathfinding Coach. I am so grateful to her for reaching out and sharing her story with us today.

Hi there! I’m Pace. I live in Portland, Oregon and I love it here. I’ve been married to an amazing woman named Kyeli for nine years, and we recently made it legal thanks to Oregon allowing same-sex marriage! I’m a Pathfinding coach, I love to play Dance Dance Revolution, and my favorite genre of music is chiptune dubstep.

I love my body, but I used to hate my body. And before that, I hated my body for an entirely different reason.

This is my story.

I was assigned male at birth.

That means that when the doctors looked at me when I was born, they said, “It’s a boy!” They assigned me the gender of male; I didn’t choose it for myself.

This is atypical. Most transgender folks feel some kind of gender-related discomfort at a young age. Me? I was oblivious. I played video games (mostly Tetris), dated (mostly girls), had sex (mostly with girls), ran a two-node online bulletin board (mostly for the conversations), and went to college (mostly computer science) – all the while identifying as male.

I wasn’t into stereotypical boy stuff, like sports, but I chalked that up to being a geek, and never gave it a second thought.

I knew about transsexuality in the abstract. I even had a couple of transgender friends. But it never even crossed my mind that any of it might apply to me.

I dated a woman who was in the process of transitioning from male to female.

Seeing, feeling, and experiencing her journey flipped a switch in my head. Instead of “this transgender stuff is a fascinating topic to learn about,” it flipped to “this is something I could actually do.”

And once that switch flipped, I dived in headfirst.

I researched how to know whether I was transgender. I introspected so hard I almost imploded. I took an online “Are you transgender” test, scored “sorta kinda maybe”, then told my friends I had scored “probably totally definitely”. What was that about?

I began to identify less as male and more as female. It didn’t happen all at once. I experimented with presenting as female, online at first because it was so much easier, and it felt so right to be treated as female that I wanted it more and more.

Presenting as female didn’t feel like wearing a mask to me. On the contrary, it felt like I had been wearing the “male gender role” mask all my life, and I was finally taking it off.

But as my internal gender identity shifted, my male body started feeling… wrong.

I started experiencing an uncomfortable feeling toward my own body, a feeling I had never experienced before. It felt like something between discomfort and disgust. The technical term is body dysphoria, and it’s not limited to transgender folks. It’s the feeling that your body is not the way it is supposed to be.

My first thought was, This is horrible!

My second thought was, I’m so lucky! Other trans folks have been feeling dysphoria since they were very young, and I was oblivious until now, when I have the independence, the means, and the support to do something about it.

So I did something about it – I changed my body to look female, so that it would feel right to me and so that others would treat me as female, which would also feel right to me.

I had my facial hair zapped by lasers to make it go away. Under the guidance of a legit gender therapist and a rogue endocrinologist, I began taking estrogen, which sent messages to my body saying, “Smooth out that skin! Grow those breasts! Change that neurochemistry!” and many other tiny, beautiful things, like floating instead of sinking when I went swimming, because my body fat ratio had changed.

It was my second puberty.

And just like the first one, it was hell. I cried at the drop of a hat. I had to relearn how to think and how to feel. My sexual response changed from a lightning bolt to a rolling, cloud-to-cloud lightning rumble. I became even more sensitive, emotionally and physically.

Imagine a puberty-themed montage to the tune of “Eye of the Tiger”, and we’ll fast forward past the fascinating, painful, and tender details of my transition, and skip to the end.

After a year and a half, I was free from body dysphoria. I loved my beautiful new female body.

But it didn’t last.

Estrogen had also altered my metabolism; I was eating the same things and the same amounts I always had, and I gained 100 pounds in two years.

The voice of my inner critic piped up with, You went through all that so you could have a beautiful female body, and then you ruin it?

Being raised as a young boy instead of a young girl, I dodged a lot of the “you must look like a supermodel” beauty standards. It’s one of the rare cases where a woman can have male privilege. But I didn’t dodge all of them. I wanted to feel beautiful, and I had been cursed with a very specific idea of what it meant to be beautiful – namely thin.

I thought back to when that switch flipped, when I first decided that “female” fit me better than “male”. I asked myself, Why did I go through all this?

And the answer was:

I went through all this so I could be more me.

And more quietly, “I didn’t work this hard to love my body just so I could find a different reason to hate my body.”

The love felt like a warm, yellow-orange glow centered around my heart, then spreading out to encompass my entire body and a little bit more. The love came that day, and it’s never left since. (I occasionally forget it, but then I always remember.)

I gave my high heels to Goodwill. I stopped wearing makeup.

And, at long last, I started being myself. 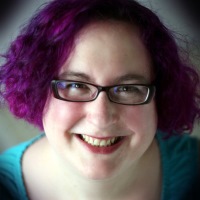 Self Care that Works

Are you ready to feel less exhausted? (Like, immediately?) I’ve got your back. Sign yourself & receive my best tools for redefining your self-care so that it actually works for you.

Thanks for subscribing! Please check your email for further instructions.

Something went wrong. Please check your entries and try again.
M A M A // These days my life is full of calico cr

A practice: There are a lot of things outside of o

Hello new humans! There have been quite a few new

Good morning. You do not have to have it all figur

I’m spending time this evening thinking of how I

This error message is only visible to WordPress admins


Error: API requests are being delayed for this account. New posts will not be retrieved.