A year ago, I had started to try to ask for what I needed.

I had started it into conversation naturally, dropping hints or mentioning it whenever it came up. And yet,  we were moving and things were stressful and there was so much to do. I had tried to ask, but just the asking was so difficult that it required an enormous amount of energy to discern what it was that I needed to begin with, even before I muttered the words aloud. I asked what felt like again and again, and it still wasn’t getting me anywhere. I felt ignored and looked over. I felt as though I was trying so hard – to be good, to be clear – and that it was useless, because no matter what I attempted, my needs weren’t being met.

But, each time I put myself out there and my words weren’t met with the immediate validation of gifts and care and love offered, I internalized it, telling myself that I just wasn’t worth caring for.

That night, I was on the floor in the living room as heaving sobs wracked my body. My sweetheart sat still on the couch, not quite sure what to do say or do next. It just started tumbling out of the abyss of my body, old story stacked upon old story.

I am not deserving of help. But, if I never let them know that I was broken open and needing – how were they ever supposed to help me?

Am I not deserving of help?

Through sobs, I began peeling back the layers, putting the pieces into place. I had believed that I was undeserving of help for so long that walking the years back, I could barely believe that it was possible to change my mind. However, as I began playing the moments back for myself, I realized that because I didn’t believe I deserved it, I never asked for help. Since I never asked for help, I never received it. Then the cycle would begin again.

I could remember a moment in my second year of graduate school when I was sitting in my supervisor’s office and I couldn’t hold it together anymore. I was exhausted from trying to anticipate the next move and I was forced to admit to myself that I could not longer keep showing up the way that I had been, riddled with doubt and fear.

“I am falling apart. I need help, but I don’t even know what to ask for.” I said.

She was visibly surprised, gaping at me as if I had said something completely unexpected. In turn, I was surprised at her surprise. Doesn’t she see that I am a total mess?

“Mara, I just find it interesting, because it is impossible to know that you are ever in distress. Your demeanor is so smooth, so perfected. This is the first time that I am seeing a crack in it. If you need help, you need to learn how to ask for it.” She said.

I had held myself together, because without what I offered the world around me I believed I was nothing. That without the sacrifice and sweat of showing up, again and again proving my worth, I would be brushed aside. But, I am not undeserving. I am love. I am loved. Even though I had been unable and unwilling to acknowledge it before, I could see how there was evidence there that pointed the the truth that I was loved for who I am and not what I can offer.

For most of my life I had shouldered the belief that I was a burden. And there was no room for my messiness or inconvenient imperfection.

When the layers were peeled back, I was able to see how asking for help had felt like it threatened to my sense of belonging. 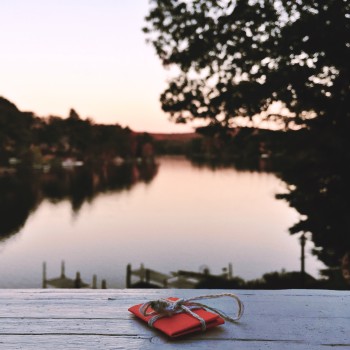 Beneath the layers of help and support and witness, was a quiet fear of being cast out of of my relationships for being a burden, for being too much or wanting too much or requiring too much. You are too needy, I would tell myself for simply having needs. You need to much help. It’s embarrassing. You should cover that up, make yourself small, palatable. You should make it easy to be your friend. Making myself small was another way that I had apologized for myself again and again. Making myself small was a small way that I atoned for my inherent badness.

In that moment, lying on the floor of my living room in a mess of tears and snot, I realized that the belief was based on a lie that I had told myself. I had cloistered my true self, my wild self, my vulnerable self, away for most of y life because I bought into the self-fulfilling prophecy that I was creating.

The only truth here is that when we don’t put ourselves out there or ask for support, we don’t receive it. But not receiving it doesn’t meant that we don’t deserve it – not even close.

What do you need right now?

Figure out what you need + how to meet that need in a way that is deliciously DOABLE, sustainable, and kind. (I pinky promise.)

Click Here
In other EXTREMELY EXCITING NEWS, I am stoked to s

Some of us are home sick again & I am finally gett

A kitchen prayer: I am expanding to accommodate ev